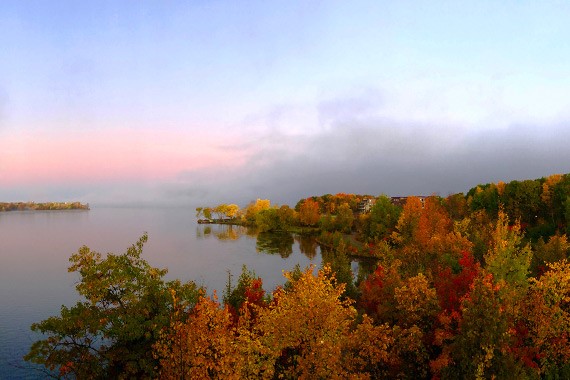 The Outaouais business office serves the entire Outaouais region, which includes four regional county municipalities (RCMs)—Pontiac, Papineau, Vallée-de-la-Gatineau, and Collines-de-l'Outaouais—as well as the city of Gatineau. Also in this territory are four RCMs from the Laurentides administrative region, namely, Antoine-Labelle, Laurentides, Pays-d'en-Haut and Argenteuil. These territories have a total population of 541,830 inhabitants, spread over 124 municipalities, including nearly 280,000 for the city of Gatineau. There are two Algonquin communities on the territory, namely, Kitigan Zibi Anishinabeg and the Algonquins of Barriere Lake.

The economic structure of the Outaouais is highly centred on the service sector, given the federal public service’s presence. In Gatineau, there is a small pool of companies in the information and communications technology sector, but overall, there are very few manufacturing companies (4.4% of jobs vs. 12.1% in Quebec). The economy of the RCMs in the Laurentides region is particularly focused on the tourism industry (except that of Argenteuil) and the forestry sector. While Gatineau has good socio-economic indicators, the eight RCMs served are among the most devitalized in Quebec based on CED's Economic Development Index.

To develop the innovation ecosystem still in its embryonic stage; increase the entrepreneurship rate (one of the lowest in Quebec); diversify the economic base in its territory, particularly in the devitalized RCMs.