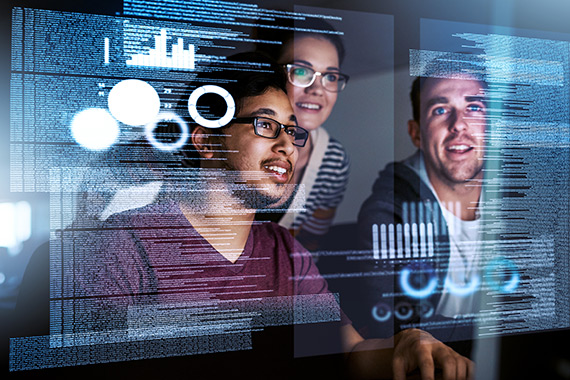 Economic heart of Quebec, with 57% of its GDP. Diversified economic structure that has been marked for over 30 years by tertiarization. Consolidation of major employment and innovation sectors around nine industry clusters (aerospace, aluminum, film and television, financial services, logistics and transport, fashion, life sciences, ICT, and clean technologies). 64% of Quebec's exporting establishments. Rich and growing start-up and entrepreneurial ecosystem. Quebec’s main academic and research centre, with notably 13 post-secondary institutions. 70% of the province's creative jobs.

Weak business productivity in a context of increased international competition. Economic uncertainty on a global scale, specifically in regard to trade. Sectoral labour shortages. Integrating immigrants and refugees into the labour market. A multitude of stakeholders and complex local governance.